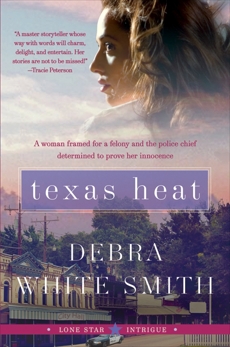 A woman is wrongly accused—and one man will risk everything to prove her innocence and save her life.

The last thing Jack Mansfield ever wanted was to arrest his former sweetheart—especially with her crying five-year-old hanging on to her. But Jack is the police chief of Bullard, Texas, and records indicate Charli has embezzled more than $100,000 from the bank where she works. Charli swears she's innocent, but Jack must abide by the law.

Charli thought she had pieced her life back together after her first husband left her alone and pregnant. But now she sits in a jail cell, accused of a crime she did not commit, with a little girl waiting on the outside. Charli's faith has always kept her steady during the ups and downs of life, but she can't deny she's now close to despair.

Jack has harbored unrequited love for Charli for over a decade; and that love drives him to task himself and his private-eye brother, Sonny, to prove her innocence and find the perpetrator. But Jack and Charli will never have their happily-ever-after if she goes to prison...or is murdered by the person who framed her. Will they find the true culprit in time to save Charli's life and finally give their love a chance?

Includes discussion questions, a letter from the author, and a preview of book two in the Lone Star Intrigue series