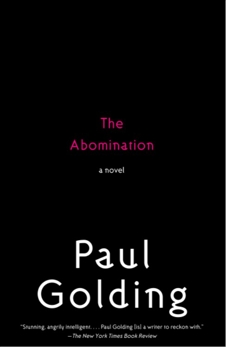 The Abomination: A Novel

Synopsis: Cruising the seamy underbelly of London’s gay scene, James Moore Zamora is as eager to repel men as he is to seduce them. Handsome, sophisticated, intelligent, and vain, beneath his immaculately maintained exterior lies an elaborate network of deeply embedded scars from a lifetime filled with betrayal and isolation. Born to negligent, self-absorbed parents and raised among upper crust society on a picturesque Spanish island, at nine-years-old James is sent off to an exclusive Catholic boarding school in England. Met with savageness by his peers, and seduced by the twisted affections of his teachers, he soon develops a self-consciousness that passes for self-awareness and a profound cynicism that masks savage anger. Charged with linguistic precision, brutal honesty, and caustic wit, The Abomination is a disturbing yet electrifying account of one man’s tortured coming of age.