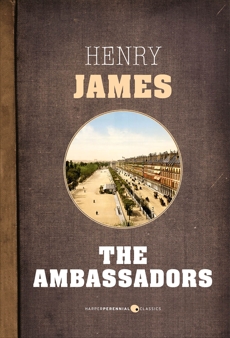 When Lambert Strether of Woollett, Massachusetts, is dispatched to Europe by his wealthy fiancée to fetch her son, Chad, home from Paris, the middle-aged innocent is impressed by the young man’s sophistication, the delights of Paris, and Chad’s charming friend, the married Marie de Vionnet. Strether is so taken with European culture that he begins to question the manner in which he’s lived his own life.

Henry James considered The Ambassadors to be the best of his novels, and it is ranked on the Modern Library’s list of the 100 best English-language novels of the twentieth century. The novel has been adapted for stage, film, and television.