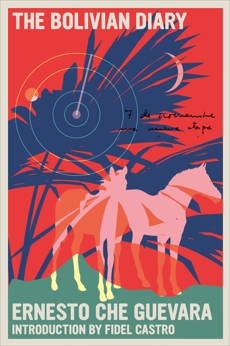 Synopsis: The last diary of revolutionary Che Guevara with entries up until two days before his murder.

"Here is Ernesto Che Guevara's account of the 1966-67 guerrilla struggle in Bolivia. A day-by-day chronicle of the campaign led by one of the central leaders of the Cuban revolution to forge a revolutionary movement of workers and peasants capable of contending for power in Bolivia and providing an example for all Latin America." --Midwest Book Review

"Thanks to Che's invariable habit of noting the main events of each day, we have rigorously exact, priceless and detailed information on the heroic final months of his life in Bolivia." --Fidel Castro

"I turned 39 today and am inevitably approaching the age when I need to consider my future as a guerrilla. But for now, I am still in one piece."
--Che Guevara, June 14, 1967

This new edition of Che Guevara's diary of the last year of his life describes Che's efforts to launch a guerrilla insurrection against the military government of Bolivia. It was found in his backpack when he was captured by the Bolivian Army in October 1967. Newly revised, it includes Fidel Castro's "A Necessary Introduction," exposing the lies of an earlier, pre-emptive edition prepared by the C.I.A. to discredit Che and the Bolivian expedition, as well as the Cuban Revolution itself.
The Bolivian Diary reveals an older, more time-tested, and health-compromised Che than either the exuberant The Motorcycle Diaries or the mature and implacable Congo Diary. There is rich irony here as he recounts the daily challenges faced by his small guerrilla band, the pronouncements of the military government, and the actions of the large military force attacking them. The last entry describes the day before Che's capture, two days before his murder.