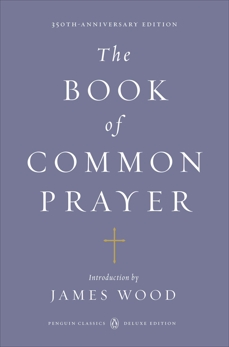 Synopsis: An exquisite Deluxe Edition of the Anglican prayer book and literary masterpiece commemorating the 350th anniversary of the 1662 edition intimately familiar to our most enduring writers

As essential to the canon as the Bible and the plays of Shakespeare, The Book of Common Prayer has been in daily use for centuries. Originally produced for the Church of England in the sixteenth century by Thomas Cranmer, who was burned at the stake upon the accession to the throne of the ardently Catholic Queen Mary, it contains the entire liturgy as first presented in English—as well as some of the oldest phrases to be used by modern English speakers. Here are daily prayers, scripture readings, psalm recitals, and the services marking such religious milestones as baptism, confirmation, and marriage, all from the 1662 edition, whose influence can be seen in the work of some of the greatest writers in English literature, from Donne and Swift to Austen and the Brontës.

This beautiful deluxe edition includes a new introduction by The New Yorker's book critic James Wood, discussing how The Book of Common Prayer has influenced the English language and literature. Its small trim size allows for easy portability as a daily devotional.