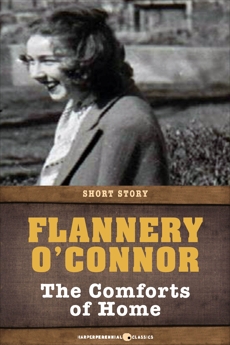 When Thomas’s mother takes a young woman jailed for fraud under her wing, he is instantly wary of the newcomer. When his mother takes her charity even farther and invites the woman, Sarah, to live with them, Thomas predicts disaster and begins to take steps to have Sarah removed from their home and from his life.

“The Comforts of Home” was originally published in Flannery O’Connor’s 1965 short-story anthology, Everything That Rises Must Converge, and deals with themes familiar in many of O’Connor’s works, including religion and morality.