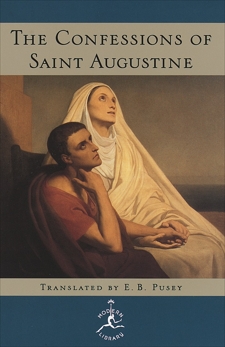 The Confessions of Saint Augustine

Synopsis: 'The reader who has never met Augustine before ought to go first of all to the Confessions,' reflected the Trappist monk and scholar Thomas Merton. 'Augustine lived the theology that he wrote. . . . He experienced the reality of Christ living in his own soul.'

Saint Augustine, the celebrated theologian who served as Bishop of Hippo from A.D. 396 until his death in A.D. 430, is widely regarded as one of the most influential thinkers in the Western world. Written in the form of a long prayer addressed directly to God, Augustine's Confessions, the remarkable chronicle of his conversion to Christianity, endures as the greatest spiritual autobiography of all time.

'Augustine possessed a strong, capacious, argumentative mind,' wrote Edward Gibbon. 'He boldly sounded the dark abyss of grace, predestination, free-will, and original sin.' And the eminent historian Jaroslav Pelikan remarked: 'There has, quite literally, been no century of the sixteen centuries since the conversion of Augustine in which he has not been a major intellectual, spiritual, and cultural force.'