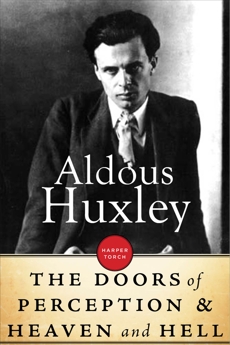 The Doors Of Perception & Heaven And Hell

Long before the psychedelic drug movement of the 1960s, Aldous Huxley wrote about his mind-expanding experiences taking mescaline and participating in ecstatic meditation in his essays The Doors of Perception and Heaven and Hell. In The Doors of Perception, Huxley blends Eastern mysticism with scientific experimentation to produce one of the most influential works on the effects of hallucinatory drugs on the human psyche. Heaven and Hell focuses on how science, art, religion, literature, and psychoactive drugs can expand the everyday view of reality and offer a more profound grasp of the human experience.