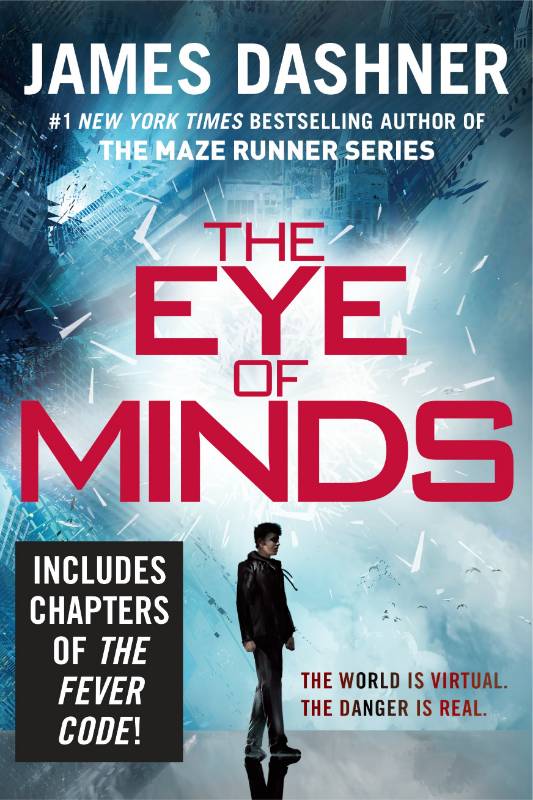 The Eye of Minds (The Mortality Doctrine, Book One)

Synopsis: The world is virtual, but the danger is real in book one of the bestselling Mortality Doctrine series, the next phenomenon from the author of the Maze Runner series, James Dashner.

Includes a sneak peek of The Fever Code, the highly-anticipated conclusion to the Maze Runner series—the novel that finally reveals how the maze was built!

The VirtNet offers total mind and body immersion, and the more hacking skills you have, the more fun it is. Why bother following the rules when it’s so easy to break them? But some rules were made for a reason. Some technology is too dangerous to fool with. And one gamer has been doing exactly that, with murderous results.
The government knows that to catch a hacker, you need a hacker. And they’ve been watching Michael. If he accepts their challenge, Michael will need to go off the VirtNet grid, to the back alleys and corners of the system human eyes have never seen—and it’s possible that the line between game and reality will be blurred forever.

The author who brought you the #1 New York Times bestselling MAZE RUNNER series and two #1 movies—The Maze Runner and The Scorch Trials—now brings you an electrifying adventure trilogy an edge-of-your-seat adventure that takes you into a world of hyperadvanced technology, cyber terrorists, and gaming beyond your wildest dreams . . . and your worst nightmares.

“Dashner takes full advantage of the Matrix-esque potential for asking ‘what is real.’” —io9.com

“Set in a world taken over by virtual reality gaming, the series perfectly capture[s] Dashner’s hallmarks for inventiveness, teen dialogue and an ability to add twists and turns like no other author.” —MTV.com

“A brilliant, visceral, gamified mash-up of The Matrix and Inception, guaranteed to thrill even the non-gaming crowd.” —Christian Science Monitor