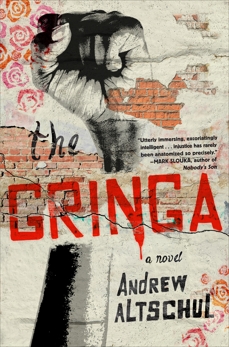 Synopsis: A gripping and subversive novel about the slippery nature of truth and the tragic consequences of American idealism …

Leonora Gelb came to Peru to make a difference. A passionate and idealistic Stanford grad, she left a life of privilege to fight poverty and oppression, but her beliefs are tested when she falls in with violent revolutionaries. While death squads and informants roam the streets and suspicion festers among the comrades, Leonora plans a decisive act of protest—until her capture in a bloody government raid, and a sham trial that sends her to prison for life.

Ten years later, Andres—a failed novelist turned expat—is asked to write a magazine profile of “La Leo.” As his personal life unravels, he struggles to understand Leonora, to reconstruct her involvement with the militants, and to chronicle Peru’s tragic history. At every turn he’s confronted by violence and suffering, and by the consequences of his American privilege. Is the real Leonora an activist or a terrorist? Cold-eyed conspirator or naïve puppet? And who is he to decide?

In this powerful and timely new novel, Andrew Altschul maps the blurred boundaries between fact and fiction, author and text, resistance and extremism. Part coming-of-age story and part political thriller, The Gringa asks what one person can do in the face of the world’s injustice.