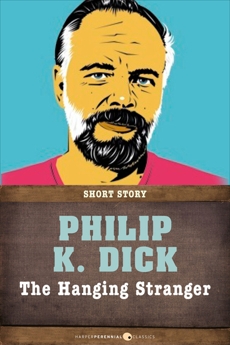 When Ed Loyce heads to work at his TV repair shop, he is startled to find the dead body of a complete stranger hanging from a lamp post outside. But when he calls attention to the morbid display, the strange reactions of his friends and neighbours bring him to a disturbing realization.

Philip K. Dick was an American science-fiction novelist, short-story writer and essayist. His first short story, “Beyond Lies the Wub,” was published shortly after his high school graduation. Some of his most famous short stories were adapted for film, including “The Minority Report,” “Paycheck,” “Second Variety” (adapted into the film Screamers) and “We Can Remember It For You Wholesale” (adapted into the film Total Recall).