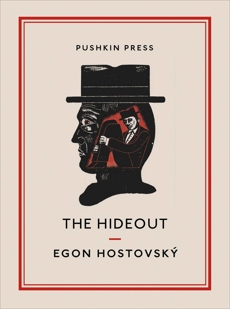 Synopsis: A kind, blundering Czech engineer is pressured by the Nazi government to hand over his invention, which could be key to their military operations. He flees to Paris, hoping to sell his invention to the French government instead; yet when the Germans invade France, he is forced into hiding, and spends months in a dark, damp cellar. Alone, he dwells on his memories - of his troubled marriage, and his decision to leave his wife behind in Czechoslovakia. When he is given the unexpected chance to redeem himself, both to his wife and history, he seizes it with utter determination - even though this heroic act will be his last.

A powerful and moving novel about one man's final, fatal, heroic act of resistance in Nazi France.