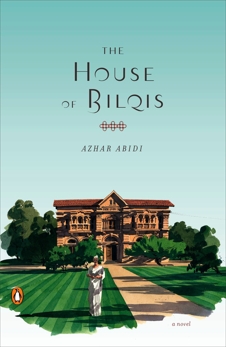 The House of Bilqis: A Novel

Synopsis: A haunting novel about a mother and son and the emotional consequences of leaving home

The matriarch Bilqis Khan, a widowed university professor, is dismayed when her only son Samad marries Kate, a white Australian woman, and settles in Melbourne rather than returning home to Pakistan. Though Samad attempts to convince his mother to join them in Australia, she insists on remaining in Karachi, presiding over the family's crumbling estate, even while tensions in the government are mounting, making the country progressively more dangerous. Meanwhile, Bilqis's devoted servant Mumtaz enters a relationship with a freedom fighter, risking her and her family's honor, and Bilqis realizes that it is up to her to intervene.

The intertwining stories of Bilqis, Samad, and Mumtaz offer a powerful and nuanced portrait of Pakistan in the modern era. Azhar Abidi's precise and elegant prose illuminates the struggle between a mother and son to reconcile their love for one another with their love for the places they call home.