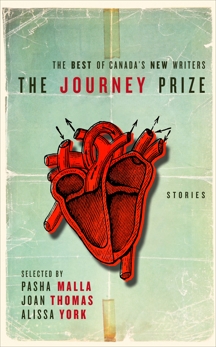 The Journey Prize Stories 22: The Best of Canada's Writers

Synopsis: Discover the next generation of great Canadian writers with this highly acclaimed annual anthology.

The stories included in the anthology are contenders for the $10,000 Journey Prize, which is made possible by Pulitzer Prize-winning author James A. Michener's donation of Canadian royalties from his novel Journey. The winner will be announced in fall 2010.