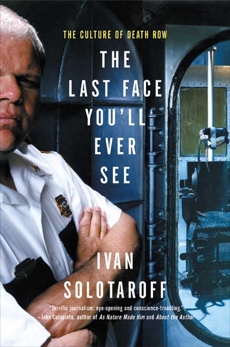 The Last Face You'll Ever See: The Culture of Death Row

In fascinating detail, Ivan Solotaroff introduces us to the men who carry out executions. Although the emphasis is on the personal lives of these men and of those they have to put to death, The Last Face You'll Ever See also addresses some of the deeper issues of the death penalty and connects the veiled, elusive figure of the executioner to the vast majority of Americans who, since 1977, have claimed to support executions. Why do we do it? Or, more exactly, why do we want to?

The Last Face You'll Ever See is not about the polarizing issues of the death penalty -- it is a firsthand report about the culture of executions: the executioners, the death-row inmates, and everyone involved in the act. An engrossing, unsettling, and provocative book, this work will forever affect anyone who reads it.