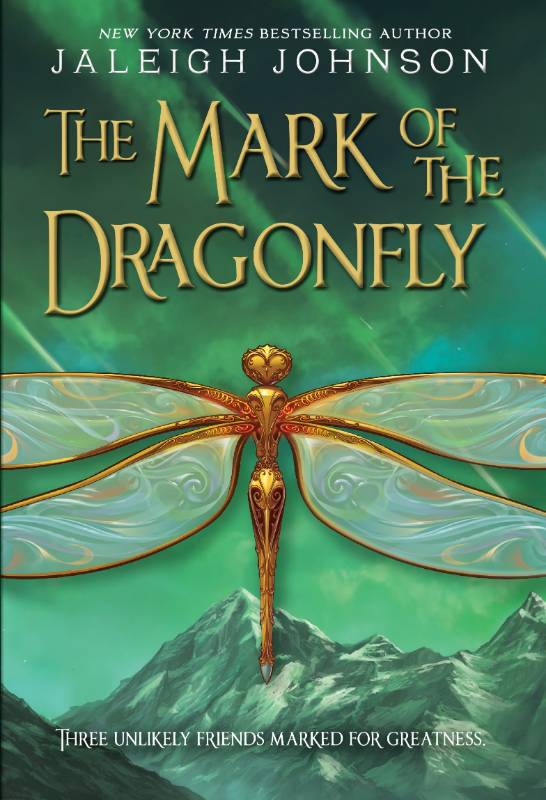 The Mark of the Dragonfly

Synopsis: For fans of Frozen, The City of Ember, and The School of Good and Evil, the New York Times bestseller The Mark of the Dragonfly is a fast-paced adventure story about a mysterious girl and a fearless boy, set in a magical world that is both exciting and dangerous.
Piper has never seen the Mark of the Dragonfly until she finds the girl amid the wreckage of a caravan in the Meteor Fields.
The girl doesn't remember a thing about her life, but the intricate tattoo on her arm is proof that she's from the Dragonfly Territories and that she's protected by the king. Which means a reward for Piper if she can get the girl home.
The one sure way to the Territories is the 401, a great old beauty of a train. But a ticket costs more coin than Piper could make in a year. And stowing away is a difficult prospect--everyone knows that getting past the peculiar green-eyed boy who stands guard is nearly impossible.
Life for Piper just turned dangerous. A little bit magical. And very exciting, if she can manage to survive the journey.

Praise for The Mark of the Dragonfly:

★ “This magnetic middle-grade debut…[is] a page-turner that defies easy categorization and ought to have broad appeal.”—Publishers Weekly, Starred

★ “Heart, brains, and courage find a home in a steampunk fantasy worthy of a nod from Baum.”-- Kirkus Reviews, Starred

★ “A fantastic and original tale of adventure and magic...Piper is a heroine to fall in love with: smart, brave, kind, and mechanically inclined to boot.”—School Library Journal, Starred

“A complex and impeccably developed plot—there is plenty to recommend in this novel.”—The Bulletin

“Appealing characters and lots of action make it a good choice for young adventure readers.”—Booklist