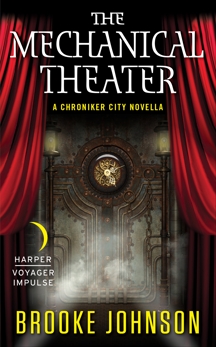 Petra Wade's older brother, Solomon, has always dreamed of being an actor. Instead, he works grueling shifts in the clockwork city's boiler rooms to help support his large adopted family. When Le Theatre Mecanique holds an open call for their upcoming performance, he decides to audition. However, the only role he is suitable to fill is that of the theater's custodian.

Leaving the well-paying boiler job behind him, Solomon immerses himself in the theater—watching rehearsals, studying the performances, and working with an emerging young actress to improve his skills. But back at home, his family feels the sting of their reduced income when his younger sister Emily develops pneumonia and the only treatment is too expensive.

Solomon will be forced to make a difficult choice: fulfill his dreams of stardom, or help save his younger sister.