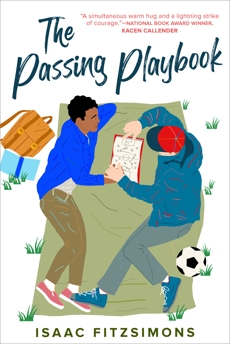 Synopsis: Love, Simon meets Bend It Like Beckham in this feel-good contemporary romance about a trans teen who must decide between standing up for his rights and staying stealth.

“A sharply observant and vividly drawn debut. I loved every minute I spent in this story, and I’ve never rooted harder for a jock in my life.” – New York Times bestselling author Becky Albertalli


Fifteen-year-old Spencer Harris is a proud nerd, an awesome big brother, and a David Beckham in training. He's also transgender. After transitioning at his old school leads to a year of isolation and bullying, Spencer gets a fresh start at Oakley, the most liberal private school in Ohio.


At Oakley, Spencer seems to have it all: more accepting classmates, a decent shot at a starting position on the boys' soccer team, great new friends, and maybe even something more than friendship with one of his teammates. The problem is, no one at Oakley knows Spencer is trans—he's passing.


But when a discriminatory law forces Spencer's coach to bench him, Spencer has to make a choice: cheer his team on from the sidelines or publicly fight for his right to play, even though it would mean coming out to everyone—including the guy he's falling for.