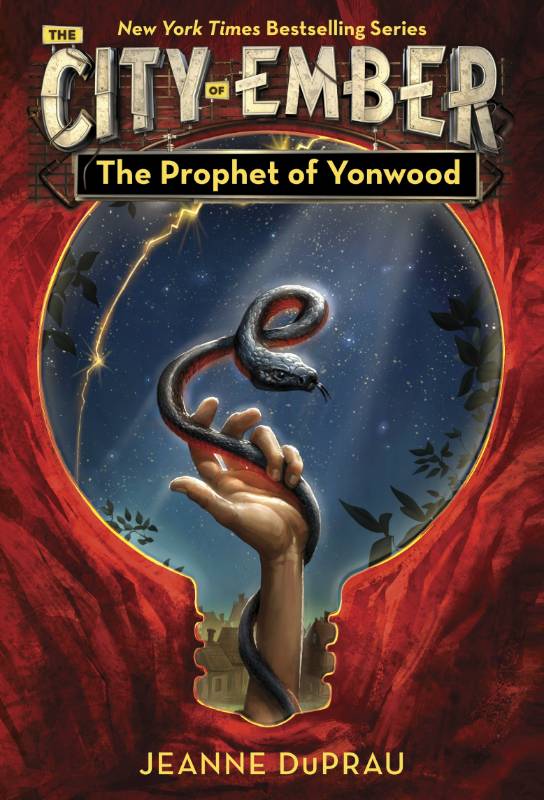 Synopsis: A prequel to the modern-day classic The City of Ember. This highly acclaimed adventure series has captivated kids and teachers alike for almost fifteen years and has sold over 3.5 MILLION copies!

Nickie will grow up to be one of the first citizens of the city of Ember. But for now, she’s an eleven-year-old girl whose father was sent away on some mysterious government project.

So when the opportunity to move presents itself, Nickie seizes it. But her new town of Yonwood, North Carolina, isn’t what she’d anticipated. It’s a place full of suspicion and mistrust, where one person’s visions of fire and destruction have turned the town’s citizens against each other. Nickie explores the oddities around her—her great-grandfather’s peculiar journals, a reclusive neighbor who studies the heavens, a strange boy who is fascinated with snakes—all while keeping an eye out for ways to help the world. Or is it already too late to avoid a devastating war?

Praise for the City of Ember books:

“While Ember is colorless and dark, the book itself is rich with description.” —VOYA, Starred

“A harrowing journey into the unknown, and cryptic messages for readers to decipher.” —Kirkus Reviews, Starred