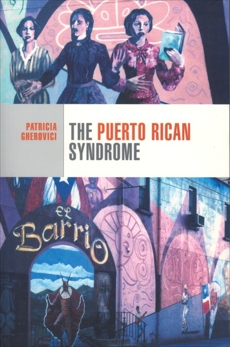 Synopsis: Winner of the Gradiva Award in Historical Cultural and Literary Analysis and The 2004 Boyer Prize for Contributions to Psychoanalytic Anthropology

During the 1950's, US Army medical officers noted a new and puzzling syndrome that contemporary psychiatry could neither explain nor cure. These doctors reported that Puerto Rican soldiers under stress behaved in a very peculiar and dramatic manner, exhibiting a theatrical form of pseudo-epilepsy. Startled physicians observed frightened and disoriented patients foaming at the mouth, screaming, biting, kicking, shaking in seizures, and fainting. The phenomenon seemed to correspond to a serious neurological disease yet, as with some forms of hysteria, physical examination failed to identify any sign of an organic origin. This unusual set of symptoms, entered into medical records as "a group of striking psychopathological reaction patterns, precipitated by minor stress," and was designated "Puerto Rican Syndrome."

In this lucid and sophisticated new work, Patricia Gherovici thoroughly examines the so-called Puerto Rican Syndrome in the contemporary world, its social and cultural implications for the growing Hispanic population in the US and, therefore, for the US as a whole. As a mental illness that is, allegedly, uniquely Puerto Rican, this syndrome links nationality and culture to a psychiatric disease whose reappearance recalls the spectacular hysteria that led to the discovery of the unconscious and the birth of psychoanalysis. Gherovici beautifully and systematically uses the combined insights of Freud and Lacan to examine the current state of psychoanalysis and the Hispanic community in America. Blending these insights with history, current events, and her own case material, Gherovici provides a startling, fresh look at Puerto Rican Syndrome as social and cultural phenomenon. She sheds new light on the future of American society and argues that psychoanalysis is not only possible, but much needed in the ghetto.