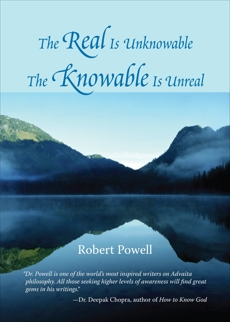 The Real Is Unknowable, The Knowable Is Unreal

Synopsis: Wisdom is to reject conventional wisdom about almost everything.Thus begins Robert Powell's inquiry into the nature of Totality and the unreality of all else. This small but profound book is divided into three parts. In the first, Reflections, Robert Powell comments on some of humankind's most timeless puzzles and questions: Does the body actually exist? What is man, if not that bundle of concepts and images that comes upon him at birth? The second, Interchanges, uses a dialogue format that recalls Plato's Allegory of the Cave, in which a teacher and student questioner in a modern setting discuss non-duality, consciousness, and reality. The third part, Essays, is comprised of eight essays, each only a few pages long but addressing overarching themes including consciousness, fear of death, the end of the search, and the notion of the real as unknowable. Readers will leave the book with a satisfying conclusion to a brief, luminous work that can be read again and again.