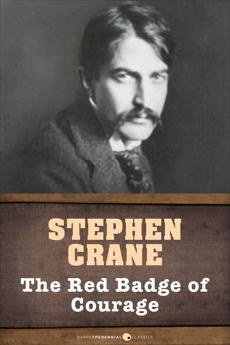 The Red Badge Of Courage

Henry Fleming is a young private fighting for the Union Army in the American Civil War. His head filled with visions of heroic glory, Henry is eager for the battlefield, but when faced with his first real chance to fight, Henry begins to doubt his resolve and flees the battlefield. Ashamed, he soon regrets his actions, and longs to regain his honour by earning his “red badge of courage” by being wounded in service.

While author Stephen Crane had never participated in a war, and indeed was born after the end of the Civil War, The Red Badge of Courage has been recognized from its first publication for its realistic depiction of life at the front lines. Crane’s writing portrays Henry’s internal struggle, poignantly offering the harrowing experiences of war from a deeply human point of view.