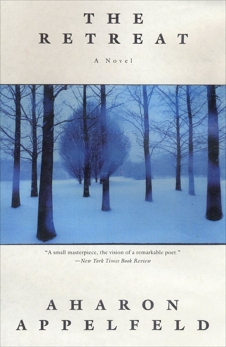 The Retreat: A novel

Synopsis: The year is 1937. On a remote hilltop some distance from Vienna stands a hotel called The Retreat. Founded by a man who is determined to cleanse himself and his guests of all "Jewish traits," it is a resort of assimilation, with daily activities that include lessons in how to look, talk, act--in short, how to pass--as a gentile. But with Hitler on the march, the possibilities of both assimilation and retreat are quickly fading for the hotel's patrons, men and women who are necessarily--and horrifically--blind to their fate. Mordant, shrewd, and elegantly written, The Retreat is a moving story of people forbidden to retreat from themselves, by the writer whom Irving Howe called "one of the best novelists alive."