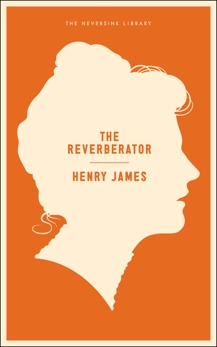 The Reverberator: A Novel

Synopsis: Henry James, one of the great literary stylists, an incomparable analyst of human relations, and---who knew?---a startlingly prescient media critic. This little-known novel from one of his most fertile creative periods could have been written for today's news-hungry, celebrity-obsessed times.

Pretty American Francie Dosson travels to France with her father and less pretty sister. En route they meet scandal sheet journalist George Flack, who promptly falls for Francie. On their arrival in Paris he tours the Dosson sisters through its high society and bohemian circles, unwittingly introducing her to his rival Gaston Probert. Flack---a forerunner of a phone-hacker if ever there was one---is dismayed by this competition for the guileless Francie, but soon finds a way to turn the situation to his advantage, as well as that of his readers.

The Reverberator is James at his most incisive, not to mention most caustic, and perhaps funniest, and one of very few of his novels to win the praise of his harshest critic: his brother William James. It's also a remarkably timely take on privacy, press freedoms, and our own inquisitive natures.