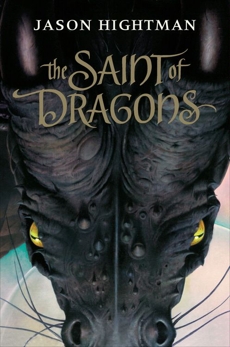 The ancient dragons -- of the time of the legendary Saint George and earlier -- have never disappeared entirely. Instead, they've moved undercover -- and into human society. Now one lonely schoolboy is about to learn where the dragons have gone ...

Educated at boarding schools, Simon St. George has never met his parents. When a ragged-looking man shows up claiming to be his father, Simon is skeptical, and when the man kidnaps him, he's indignant to say the least.

Then the man claims to be a descendant of England's Saint George and a career dragon fighter. Why should Simon believe any of this nonsense? But what if the man is telling the truth? What if the dragons know he's out there?

Rich with the dragon lore of legend, the saint of dragons continues and enlarges on the tale of the centuries-old conflict between dragons and humans that rages even today.