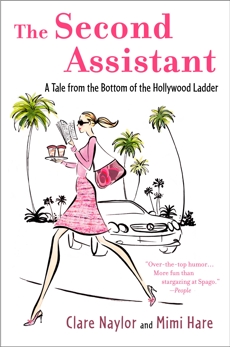 The Second Assistant: A Tale from the Bottom of the Hollywood Ladder

A fast-paced, breezy read about life at the bottom of the Hollywood food chain, for fans of The Devil Wears Prada and The Nanny Diaries

No political science degree could ever prepare Elizabeth Miller for her new job as a second assistant at The Agency, whose clients include everyone you’ve never met—but you know who they’re sleeping with. A former congressional intern in Washington, Lizzie made a bid for a life change that landed her a job a world away, where ethics and First Amendment debates take a backseat to pleading the Fifth for Ritalin-snorting boss Scott Wagner. He’s the hottest young agent in Hollywood, who devotes his days to playing online poker—that is, when he’s not closing a $30 million deal for one of his AAA-list clients. And while getting six-hundred-dollar highlights from Cameron’s colorist or organizing the strippers for George’s birthday party come close to causing heart failure for this East Coast girl, the real dangers lurk elsewhere. But Lizzie is a  survivor, and no Machiavellian assistant, lecherous producer, or power struggle at The Agency can douse her nascent dreams of climbing up the Hollywood ladder. But first she has to run down to the Coffee Bean to pick up that triple espresso, or Scott is going to throw something....