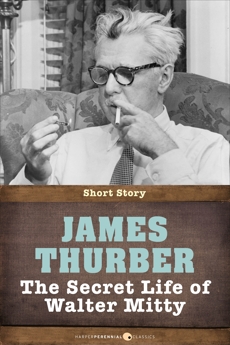 Walter Mitty, a mild-mannered forty-year-old man, drives into Connecticut with his wife for their weekly shopping trip. Tired of his drab, schedule-driven life, Walter escapes into five elaborate daydreams, and finally becomes the hero he always hoped to be.

“The Secret Life of Walter Mitty” was originally published in a 1939 issue of The New Yorker. It is considered to be an American classic, and author James Thurber’s masterpiece. It has been adapted for film, first in 1947, and most recently for the 2013 feature film starring Ben Stiller and Kristen Wiig.

HarperCollins brings great works of literature to life in digital format, upholding the highest standards in ebook production and celebrating reading in all its forms. Look for more titles in the HarperCollins short stories collection to build your digital library.