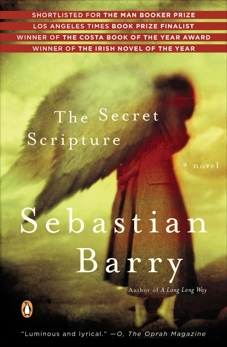 The Secret Scripture: A Novel

Sebastian Barry's novels have been hugely admired by readers and critics, and in 2005 his novel A Long Long Way was shortlisted for the Man Booker Prize. In The Secret Scripture, Barry revisits County Sligo, Ireland, the setting for his previous three books, to tell the unforgettable story of Roseanne McNulty. Once one of the most beguiling women in Sligo, she is now a resident of Roscommon Regional Mental Hospital and nearing her hundredth year. Set against an Ireland besieged by conflict, The Secret Scripture is an engrossing tale of one woman's life, and a poignant story of the cruelties of civil war and corrupted power. The Secret Scripture is now a film starring Rooney Mara, Eric Bana, and Vanessa Redgrave.