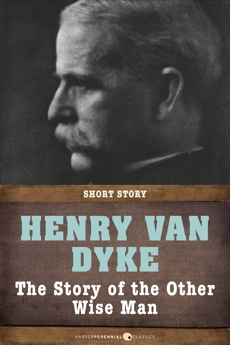 Following signs in the heavens, Artaban—a priest of the Magi—embarks on a journey to bring gifts of sapphire, ruby, and pearl to the newborn king of the Jews. Intending to meet the caravan bearing the other three wise men across the desert, he stops to aid a dying man and misses the caravan. Artaban is willing to do whatever he must to complete his journey, but it seems luck is not on his side. Despite his best efforts, the quest may not be one he is able to complete.

Originally published in 1895, “The Story of the Other Wise Man” was intended as an addition to the story of the Magi recounted in the Bible. The story has been reprinted many times over its more than 100-year history, and has been adapted into a variety of plays, operas, and TV movies including the 1985 TV movie "The Fourth Wise Man," which starred Martin Sheen.