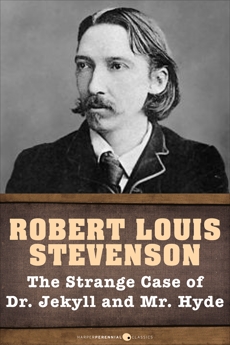 When lawyer Gabriel John Utterson witnesses the odd behavior of a man named Edward Hyde, who uses cheques signed by Utterson’s friend Dr. Henry Jekyll, he decides to investigate the strange and violent man. Utterson soon discovers the horrible and incredible truth in the form of a letter written by Dr. Jekyll and left near the body of the late Mr. Hyde.

Author Robert Louis Stevenson is believed to have had a somewhat volatile relationship with the story of Jekyll and Hyde. It is believed that the initial concept was based on a dream that he had about the transformation of a man into his evil doppelgänger. Stevenson is believed to have then then written the first draft in a feverish hurry, completing it in only a few days, only to reportedly burn it and force himself to start over again. A classic gothic horror story, The Strange Case of Dr. Jekyll and Mr. Hyde is one of the earliest, and arguably the most famous, example of the “split personality” story. It has been adapted dozens of time for theatre and film.