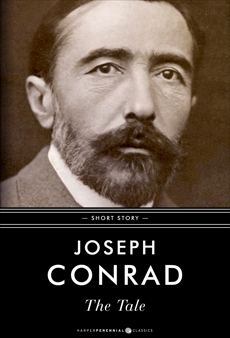 On patrol in the North Sea, an English naval commander’s ship finds evidence of enemy resupply, possibly by a neutral country. Befogged, the ship motors carefully into a cove on a coast the crew knows well where they encounter just such a neutral ship as the commander and his second have been discussing.

“The Tale,” by Joseph Conrad, is the author’s lament for the death of nineteenth century values, such as honour, lost in the “moral annihilation” brought about by the mechanization of war, and is the only story by the author to be set during the First World War.