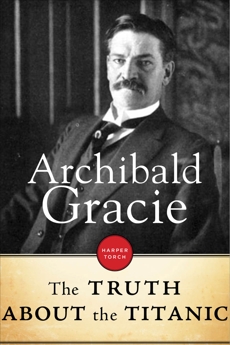 The Truth About The Titanic

With time running out and the decks awash with the sea, first-class passenger Archibald Gracie was one of the last people to escape the sinking of the Titanic, clinging to an overturned collapsible boat before being rescued. Once safe on the Carpathia, Gracie immediately began writing what has become one of the definitive books on the tragedy. The Truth About the Titanic is Gracie’s detailed account of not just his experience the night of April 15, 1912, but that of each of the lifeboats launched that night, as well as the testimony at the inquiry that followed. Although Gracie died before his book was published, The Truth About the Titanic is recognized as one of the most complete and accurate accounts of the tragedy.

The sinking of the Titanic in the frigid waters of the north Atlantic in the early hours of April 15, 1912 is arguably the most famous peacetime maritime disaster of modern history, and one that continues to capture popular imagination a century later.