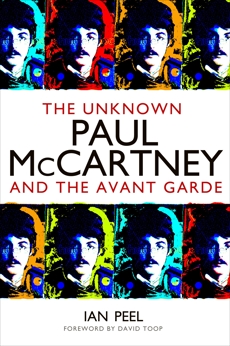 Throughout his career, McCartney has initiated and participated in projects that have taken him very far away from the kind of music associated with his career in The Beatles, in Wings, and as a solo artist. From as far back as the 1960s there have been experimental solo projects, both under his own name and incognito. These include the legendary 'Carnival of Light' sixties freak-out, the Percy Thrillington diversion in the 70s, techno, ambient and chill-out releases as The Fireman, pure noise performance art as well as less-publicised activity, much of which Ian Peel now reveals in depth in print for the first time.

Undertaking extensive research for this book, Ian Peel interviewed many of McCartney's intimate musical associates from this less-familiar side of his career, including:

Youth - the three-times BRIT-nominated producer speaks in depth for the first time ever on his two albums of techno ambient and chill-out recorded with McCartney as The Fireman.

Richard Hewson - breaks a 20-year silence on the Thrillington project and pseudonym.

David Vaughan - the renowned psychedelic artist and organiser of 60s 'happenings' airs his strong views on Carnival of Light, The Beatles' most legendary unreleased track.