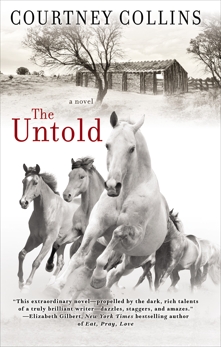 Synopsis: With shades of Water for Elephants and True Grit, a stunning debut novel set in the Australian outback about a female horse thief, her bid for freedom, and the two men trying to capture her.

Born wild and brave, by twenty-six she has already lived life as a circus rider, horse and cattle rustler, and convict. But on this fateful night she is just a woman wanting to survive though there is barely any life left in her.

Two men crash through the bushland, desperate to claim the reward on her head: one her lover, the other the law.

But as it has always been for Jessie, it is death, not a man, who is her closest pursuer and companion. And while all odds are stacked against her, there is one who will never give up on her—her own child, who awaits her.