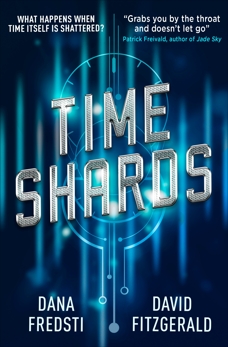 Synopsis:
IT’S CALLED “THE EVENT,” AN UNIMAGINABLE CATACLYSM THAT SHATTERS 600 MILLION YEARS OF THE EARTH’S TIMELINE.

Our world is gone, instantly replaced by a new one made of scattered remnants of the past, present, and future, dropped alongside one another in a patchwork of “shards”. Monsters from Jurassic prehistory, ancient armies, and high-tech robots all coexist in this deadly post-apocalyptic landscape.

A desperate group of survivors sets out to locate the source of the disaster. They include 21st century Californian Amber Richardson, Cam, a young Celtic warrior from Roman Britannia, Alex Brice, a policewoman from 1985, and Blake, a British soldier from World War II. With other refugees from across time, they must learn the truth behind the Event, if they are to survive.