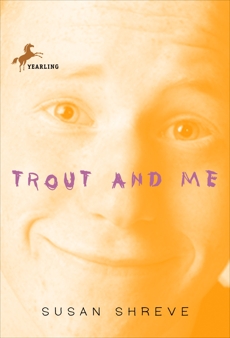 Synopsis: When a new troublemaker, Trout, arrives at school, Ben is soon diagnosed with ADD–just like Trout.

Ever since first grade, Ben’s been in trouble, even though he’s really not a bad kid. He just can’t seem to stop doing things that get him sent to the principal’s office. His parents and wise older sister, Meg, swear he’ll be fine in his own time, but when a new kid shows up in Ben’s fifth-grade class, he’s not so sure. Trout sticks to him like glue, and it’s clear from the start that Trout is a much bigger troublemaker than Ben ever was. So when Ben gets diagnosed with Attention Deficit Disorder (ADD), just like Trout, and then has to take Ritalin, just like Trout, he’s not sure what to make of his friendship–especially when he starts to get a bad reputation. Is Trout’s badness rubbing off on him? Can Ben make people understand it’s the ADD, not Trout, causing the problems before it’s too late?