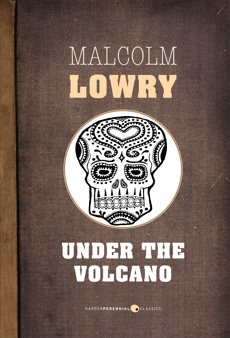 Malcolm Lowry’s remarkable Under the Volcano unfolds over the course of a single day, and follows the lives of an alcoholic British consul to Mexico, Geoffrey Firmin, his estranged wife, Yvonne, and Hugh, Geoffrey’s half-brother. On the Mexican Day of the Dead, Yvonne makes a valiant, yet ultimately futile attempt to rescue Geoffrey from his drinking and his demons, but reveals instead only the inner turmoil of a man ruined by drink and unrealized ambitions.

Under the Volcano is recognized as one of the greatest English-language novels published during the twentieth century by the Modern Library. It has been adapted for radio and film.