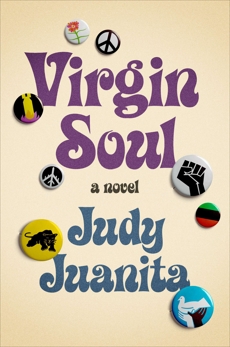 Synopsis: From a lauded poet and playwright, a novel of a young woman's life with the Black Panthers in 1960s San Francisco

At first glance, Geniece’s story sounds like that of a typical young woman: she goes to college, has romantic entanglements, builds meaningful friendships, and juggles her schedule with a part-time job. However, she does all of these things in 1960s San Francisco while becoming a militant member of the Black Panther movement. When Huey Newton is jailed in October 1967 and the Panthers explode nationwide, Geniece enters the organization’s dark and dangerous world of guns, FBI agents, freewheeling sex, police repression, and fatal shoot-outs—all while balancing her other life as a college student.

A moving tale of one young woman’s life spinning out of the typical and into the extraordinary during one of the most politically and racially charged eras in America, Virgin Soul will resonate with readers of Monica Ali and Ntozake Shange.