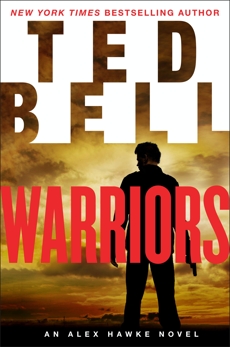 When an elderly professor at Cambridge is murdered, a victim of bizarre, ancient Chinese torture, Alex Hawke teams up with his Scotland Yard colleague and friend Inspector Ambrose Congreve to find the killer. But the death is only the opening move in a tense and lethal game of geopolitical brinksmanship.

In the United States the president has begun behaving strangely. Is his mental health deteriorating—or is there something far more sinister behind his questionable moves? The answer is crucial, for tensions are mounting between China, North Korea, and the U.S. And China has launched fighter jets and a mega submarine vastly more sophisticated than any seen before—military technology that leapfrogs anything the U.S. and Great Britain possess.

With the situation edging toward an unthinkable abyss, Hawke must pull off his most daring mission yet: infiltrate the China and neutralize the source of their advantage . . . or risk witnessing World War III.