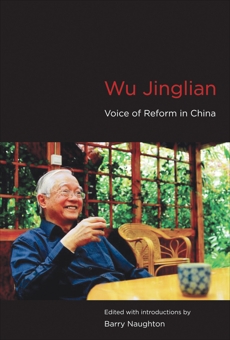 Synopsis: Writings by Wu Jinglian map not only China's path to economic reform but also the intellectual evolution of China's most influential economist.

For more than thirty years, Wu Jinglian has been widely regarded as China's most celebrated and influential economist. In the late 1970s, Wu (b. 1930) was one of a small group of economic thinkers who broke with Marxist concepts and learned the principles of a market economy. Since then he has been at the center of economic reform in China, moving seamlessly as an “insider outsider” between academic and policy roles. In recent years, Wu has emerged as a prominent public intellectual fighting not just for market reform but also for a democratic society backed by the rule of law. This book presents many of Wu's most important writings, a number of them appearing in English for the first time. Each section offers an informative introductory essay by Barry Naughton, the volume's editor and an expert on China's economy.

The book begins with Wu's most recent articles, which make clear his belief that gradual marketization combined with institutional development will make Chinese society fairer and less corrupt. Biographical writings follow, accompanied by a richly insightful text by Naughton on Wu's life and career. Writings from the 1980s and 1990s, written originally for a small audience of policy makers, demonstrate how Wu shaped China's early reform path; essays and articles from the late 1990s and early 2000s reflect Wu's new role as an advocate for broader reforms. Taken together, these texts map not only China's path to economic reform but also Wu's own intellectual evolution.