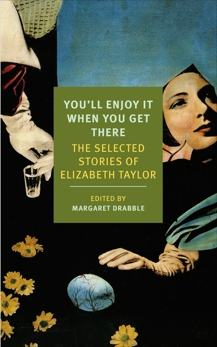 You'll Enjoy It When You Get There: The Stories of Elizabeth Taylor

Synopsis: Elizabeth Taylor is finally beginning to gain the recognition due to her as one of the best English writers of the postwar period, prized and praised by Sarah Waters and Hilary Mantel, among others. Inheriting Ivy Compton-Burnett’s uncanny sensitivity to the terrifying undercurrents that swirl beneath the apparent calm of respectable family life while showing a deep sympathy of her own for human loneliness, Taylor depicted dislocation with the unflinching presence of mind of Graham Greene. But for Taylor, unlike Greene, dislocation began not in distant climes but right at home. It is in the living room, playroom, and bedroom that Taylor stages her unforgettable dramas of alienation and impossible desire.

Taylor’s stories, many of which originally appeared in The New Yorker, are her central achievement. Here are self-improving spinsters and gossiping girls, war orphans and wallflowers, honeymooners and barmaids, mistresses and murderers. Margaret Drabble’s new selection reveals a writer whose wide sympathies and restless curiosity are matched by a steely penetration into the human heart and mind.