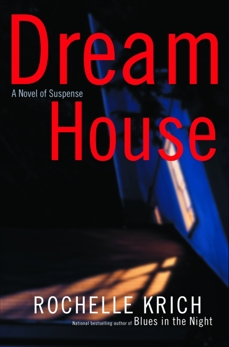 Rochelle Krich
National bestselling author of Blues in the Night

Friday, October 31. 9:37 P.M., 100 block of South Martel. A vandal threw a pumpkin through the front window of a house and several eggs at the front door.

The police report read like just another Halloween prank–a nasty, petty act. But the attack is one in a recent spate of increasingly violent vandalisms targeting residents who have paid millions of dollars for their dream homes in the ritziest enclaves of Los Angeles.

Residents are already seething, hotly divided about the growing number of Historical Architectural Restoration and Preservation (HARP) boards that prevent homeowners from remodeling their expensive real estate, forcing them to preserve the traditional integrity of neighborhoods where Hollywood legends once lived. So impassioned are pro-and anti-HARP forces that Crime Sheet columnist Molly Blume suspects that members from both side of the debate may perpetrating the vandalism that claims new victims almost daily.

But the arson that destroys an empty house on Fuller Street doesn’t fit the pattern. This beautiful property belongs to Margaret Reston and her husband, Hank; and the sick old man who dies when it burns is Margaret’s father. Margaret herself has disappeared. She was last seen working in her garden five months ago–and although traces of her blood were found in her car, the police have no idea what has happened to the missing woman.

This intrigue all makes good copy for hard-hitting newshound Molly. Almost in love again with the high-school sweetheart who dumped her and is now a rabbi, Molly can’t stop thinking about Margaret and Hank Reston and the old man whose life was tragically, though accidentally, cut short. But was it an accident? What has happened to Margaret Reston? Where does malice end and evil begin?

In her second Molly Blume chiller, award-winning novelist Rochelle Krich takes us right inside L.A.’s most exclusive neighborhoods and into the elegant old houses whose wrought-iron fences and barred windows offer scant protection from violence. Even in a dream house, life can turn nightmarish in a heartbeat.

Rochelle Krich is the author of many acclaimed novels of suspense, including Blues in the Night (which introduced Molly Blume), Shadows of Sin, Dead Air, Blood Money, and Fertile Ground. An Anthony Award winner for her debut novel, Where’s Mommy Now? (which was adapted as the TV movie Perfect Alibi), Ms. Krich now lives in Los Angeles with her husband and their children.

“Blues in the Night is superb. . . . Molly Blume is a fresh new presence on the mystery scene. . . . Smart, resourceful, and curious–not much escapes her.”
–SUE GRAFTON

“Molly investigates with both thoroughness and compassion, making this new sleuth worth her salt.”
–The New York Times Book Review

“An authentic, first-rate book . . . [that] demonstrates once again why she has won for herself an important place in the pantheon of outstanding mystery writers.”
–Jerusalem Post