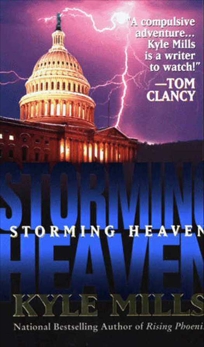 Punished for his maverick ways, FBI agent Mark Beamon has been exiled from Washington, D.C., to a sleepy Southwest office where he's got one last chance to play by the rules. But that's not going to happen, not when he's on a case that may be too hot even for his unorthodox talents to handle.

A local millionaire and his wife are brutally murdered. Jennifer, their teenage child and sole heir; is the prime suspect -- and she's gone missing. Laying everything on the line, Beamon sets offon a trail that takes him from a remote survivalist's cabin in the Utah mountains, through the labyrinthine headquarters of a cultlike church, into the shadowy, interlocking boardrooms of a powerful high-tech communications empire.

Just when he thinks he's close to finding answers, Beamon discovers the killing of Jennifer's parents is far more sinister than even he could have guessed. Now he isn't just looking for a young girl -- he's got to stop a bizarre conspiracy that could bring America to its knees...