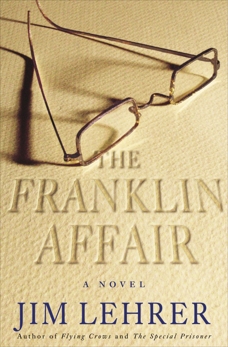 The Franklin Affair: A Novel

R Taylor arrives in Philadelphia for the funeral of his longtime friend Dr. Wally Rush with a heavy heart. Not only has the world lost one of its preeminent, Pulitzer Prize—winning American Revolution historians, but R has lost his mentor, the man who led him to devote his life’s work to the study of “The First American,” Benjamin Franklin. The bond between them was sealed when R did Wally a favor that could never be revealed. But Wally saved one final secret for R, disclosed in a letter conveyed by the will’s executor.

Written in the slow, painful script of the professor’s last days, the note delivers an incredible bombshell. Wally, it seems, had stumbled upon twelve handwritten pages in a code commonly used by spies during the revolutionary war. The pages refer to George Washington, John Adams, Alexander Hamilton, and James Madison, and level a shocking charge–that Benjamin Franklin committed a heinous crime.

Wally, not wanting to foul the image of his lifelong hero, had kept this monumental secret until his death. But as R races to unravel the mystery, he faces an onslaught of obstacles. Vicious blackmail, a threat of sabotage against his own career, and grave personal doubts threaten to overtake R as he struggles with a discovery that has the potential to completely alter the fabric of American history.

Rich with revelations, rife with the darkest depths of deceit and mystery, and enlightened by the unparalleled insights of America’s first patriots, The Franklin Affair is a tense, constantly surprising novel about the ultimate quest for truth and justice.