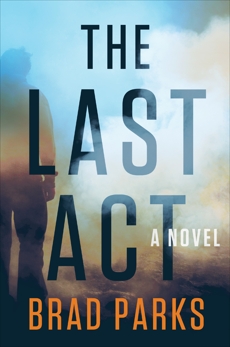 The Last Act: A Novel

Synopsis: Award-winning author Brad Parks delivers a tense novel of thrills, twists, and deceit that grabs you and won’t let go until the final, satisfying page.

Tommy Jump is an out-of-work stage actor approached by the FBI with the role of a lifetime: Go undercover at a federal prison, impersonate a convicted felon, and befriend a fellow inmate, a disgraced banker named Mitchell Dupree, who knows the location of documents that can be used to bring down a ruthless drug cartel . . . if only he’d tell the FBI where they are.

The women in Tommy’s life, his fiancée and mother, tell him he’s crazy to even consider taking the part. The cartel has quickly risen to become the largest supplier of crystal meth in America. And it hasn’t done it by playing nice. Still, Tommy’s acting career has stalled, and the FBI is offering a minimum of $150,000 for a six-month gig—whether he gets the documents or not.

Using a false name and backstory, Tommy enters the low-security prison and begins the process of befriending Dupree. But Tommy soon realizes he’s underestimated the enormity of his task and the terrifying reach of the cartel. The FBI aren't the only ones looking for the documents, and if Tommy doesn’t play his role to perfection, it just may be his last act.