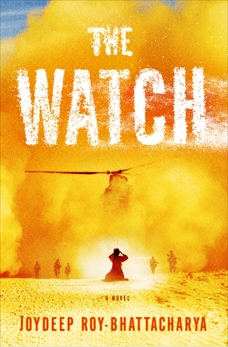 The Watch: A Novel

This heartbreaking and haunting novel takes a timeless tragedy and hurls it into present-day Afghanistan, when a woman asks for the return of her brother's body in the midst of a war.

Following a desperate night-long battle, a group of beleaguered soldiers in an isolated base in Kandahar are faced with a lone woman demanding the return of her brother’s body. Is she a spy, a black widow, a lunatic, or is she what she claims to be: a grieving young sister intent on burying her brother according to local rites? Single-minded in her mission, she refuses to move from her spot on the field in full view of every soldier in the stark outpost. Her presence quickly proves dangerous as the camp’s tense, claustrophobic atmosphere comes to a boil when the men begin arguing about what to do next.

Taking its cues from the Antigone myth, Roy-Bhattacharya brilliantly recreates the chaos, intensity, and immediacy of battle, and conveys the inevitable repercussions felt by the soldiers, their families, and by one sister. The result is a gripping tour through the reality of this very contemporary conflict, and our most powerful expression to date of the nature and futility of war.