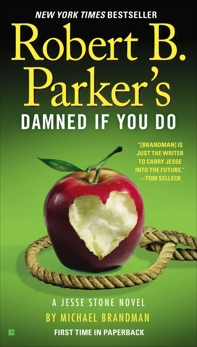 Robert B. Parker's Damned If You Do

She was barely out of her teens, not exactly beautiful, but she’d tried to make the most of her looks.

Now, defiled and alone in a seedy beachfront motel, she was dead. And Paradise Police Chief Jesse Stone doesn’t even know her name. But when his investigation lures him into the crosshairs of two ruthless pimps, Jesse finds out more about the girl than he ever dreamed. Because in pursuit of justice, if anyone can see the truth in dark, dark places, it’s Jesse Stone.