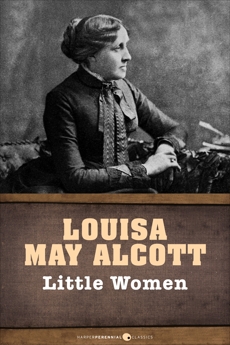 "Christmas won't be Christmas without any presents," grumbled Jo, lying on the rug. So begins one of the best-loved children’s classics, Little Women. Coming of age in the North during the Civil War, the March sisters—Meg, Jo, Beth, and Amy—experience great joy and tragic loss while becoming the true little women of the title. The novel is resonant with themes of friendship, feminism, and building strong character, which are explored through the sisters’ relationships with their family, in particular their beloved Marmee, their friends, and their neighbours.

A commercial success upon publication in 1868, Little Women was based loosely on Alcott’s experience growing up with her sisters in Concord, Massachusetts. It was originally published in two volumes and was followed by two sequels, Little Men, published in 1871, and Jo’s Boys, published in 1886, and has been adapted for the stage, film, and animation.